Many workplace crimes are “inside jobs.” They can involve employees stealing cash, inventory, equipment or intellectual property, or they could include more sophisticated schemes such as bribery, kickbacks or payroll fraud.

Internal fraud investigations can pose numerous challenges. Here are five costly mistakes an organization can make when faced with the possibility that one of its employees or administrators is engaging in fraudulent behavior.

Making a Rush to Judgment.

The facts may appear to show clearly that the targeted individual has perpetrated internal fraud. However, regardless of how compelling the facts may be, your company must conduct an appropriately rigorous investigation.

Letting Word of an Investigation Get Out.

The existence of an internal fraud investigation should only be shared with those with a “need to know.” Divulging information beyond these individuals can doom an investigation to failure, especially if the targets are made aware of the fact that their actions are being scrutinized.

Example: A school district determined that a food service employee was stealing the credit card numbers used to pay for meals. The manager shared his suspicions with one of the other supervisors. Unfortunately, that supervisor was involved in the fraud. She notified the other perpetrator that management was hot on the trail. The employees destroyed numerous notebooks that allegedly contained detailed records about the theft and the credit card numbers stolen. Without this evidence, the district had to spend considerable time and effort building a case against those employees.

Employees have certain rights and, if they are violated, it can directly affect the results of the investigation, and it can also create considerable legal risk for the school district. Before a formal internal fraud investigation is launched, both legal and human resource professionals should be briefed on the situation.

Failing to Maintain a Document Trail.

Even a simple fraud will likely involve documentary evidence. No matter how straightforward the fraud may appear at the time, it is critical that the investigation case files contain all relevant information compiled by the company during the investigation.

Example: An employee was terminated by a Township for stealing certain higher-priced supplies for his online side business. The employee filed a claim with Equal Employment Opportunity Commission alleging racial discrimination. The Township provided the EEOC a copy of its documents from the investigation. Unfortunately, several crucial pieces of evidence were missing from the files. In the absence of direct evidence demonstrating the employee’s guilt, the Township was subsequently fined by the EEOC.

Not Holding Leaders to the Same Standards.

A successful fraud investigation depends upon secrecy. If alleged fraudsters determine that your government is investigating them, they will probably attempt to destroy evidence, influence witnesses, or disappear with their ill-gotten gains. In some cases when leaders are suspected of fraud, the government handles them with kid gloves.

Example: A County was notified via its confidential hotline that the clerk had stolen frequent flier mile rewards for their personal use. The County Administrator expressed a great deal of skepticism and would only allow the investigation to proceed if multiple employees corroborated the allegations. Before confronting the clerk, the County interviewed a dozen employees. Not surprisingly, the clerk became aware of the investigation and created a plausible explanation for the use of the rewards. Without compelling evidence to support termination, the clerk remained employed and was even subsequently promoted.

Not only can special treatment of leaders result in significant financial losses from that individual, but it can also lead to subsequent losses from others in the government. If staff members become aware that leaders are permitted to get away with fraud while lower-level employees are held accountable, they are more likely to steal too.

The mistakes made in each of the investigations above were avoidable. Consult with your attorney and auditor to assist with internal fraud cases. By doing so, you dramatically improve the chances that you will conduct a successful investigation while helping to avoid these and other pitfalls. 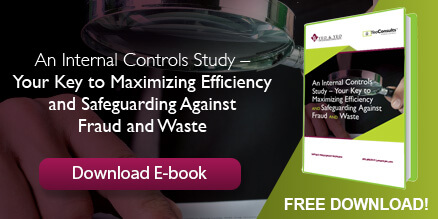