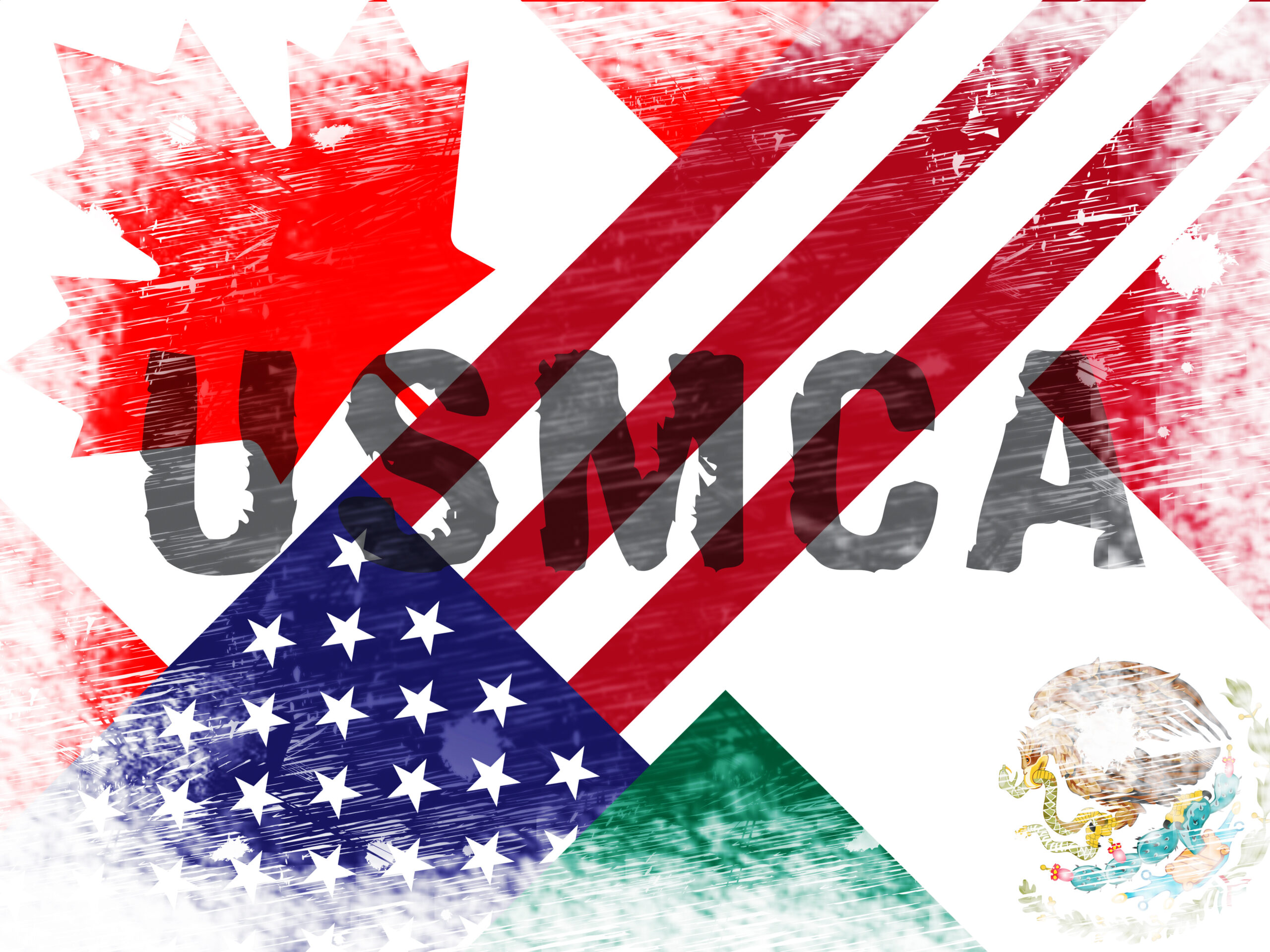 The United States-Mexico-Canada Agreement (USMCA) will take effect on July 1, 2020. President Trump has hailed the new North American trade treaty as a “colossal victory” for Americans. Whether the impact is worthy of superlatives will vary by industry sector and geography. Here’s what U.S. business owners should know.

When the Canadian parliament ratified the USMCA in mid-February, the clock began ticking for the parties to iron out the details. At the time, auto manufacturers — a sector that will be significantly affected by the USCMA — complained that they might not be able to comply by July 1.

The effects of the USMCA will be far-reaching. It updates the North American Free Trade Agreement (NAFTA), which has been in effect for 26 years.

Highlights from the new trade agreement can be divided into the following three categories:

Automakers are especially concerned about complying with the USMCA provision that requires them to increase the proportion of auto parts in a vehicle made in the three countries covered by the treaty — from 62.5% under NAFTA to 75% by 2023. Vehicles that fail to meet the gradually increasing standard will incur a tariff when they’re sold across the borders of the United States, Mexico and Canada.

Another USMCA provision could help in that regard: It requires that 40% to 45% of auto content be made by workers earning an hourly wage of at least $16. That provision could lead to higher wages for workers in auto parts factories in Mexico — and it could also make U.S. auto parts more competitive in term of costs than under NAFTA.

U.S. auto industry executives, while optimistic about USMCA’s ultimate impact, anticipate higher costs for certain parts. A recent survey of those executives reveals that U.S. auto parts makers located closest to auto assembly plants are expected to benefit the most from the USMCA.

Beyond the auto sector, USMCA provisions intended to support labor unions in Mexico could ultimately push up costs for other goods made in Mexico. This could also help make American-made goods more competitive in terms of cost. According to a summary of the Agreement by the U.S. Trade Representative (USTR), “Mexico commits to specific legislative actions to provide for the legal recognition of the right to collective bargaining.” A related provision creates a “rapid response mechanism” that provides for “monitoring and expedited enforcement of labor rights to ensure effective implementation of Mexico’s landmark labor reform.”

The agreement also will facilitate agricultural trade in North America. For example, the United States, Mexico and Canada have agreed to provisions to enhance information exchange and cooperation on agricultural biotechnology trade-related matters.

In addition, the agreement will provide greater access to Canadian markets for U.S. farmers who produce such products as dairy, eggs, poultry, wheat and wine. In return, Canadian exporters of dairy and sugar will have greater access to U.S. markets. In total, American agricultural exports are expected to increase by $2.2 billion under the USMCA.

The USMCA strengthens IP protections by blocking the production of inexpensive knock-off products. The agreement, according to the USTR, will “provide strong patent protection for innovators, enshrining patentability standards and patent office best practices to ensure that U.S. innovators, including small- and medium-sized businesses, are able to protect their inventions with patents.” Along similar lines, it will “enhance provisions for protecting trademarks … to help companies that have invested effort and resources into establishing goodwill for their brand.”

The USMCA also provides new protections, such as customs duties and other measures, for products distributed digitally. These protections are expected to increase trade and investment in innovative digital products — such as videos, software, music, e-books and games — where U.S. manufacturers generally have a competitive advantage.

Small business owners may be interested in a USMCA provision that adjusts the “de minimis shipping value level” for goods entering Canada. When a good’s value is below that minimum amount, they can move across the border with “minimal formal entry procedures.” Under the agreement, shipments worth up to $150 Canadian won’t be assessed duties otherwise eliminated under the treaty. The de minimis shipping value is $40 Canadian for basic taxation purposes.

“New traders just entering Mexico’s and Canada’s markets will also benefit from lower costs to reach consumers,” and U.S. express delivery carriers “stand to benefit through lower costs and improved efficiency,” according to the USTR. Specifically, a new and higher $2,500 value threshold is set for that purpose.

The USMCA includes a full chapter dedicated to smaller businesses. It’s designed to “promote cooperation … to increase trade and investment opportunities,” according to the Small Business Administration.

Contact your CPA to discuss how the new agreement could affect your supply chain. In some cases, changes may be warranted to comply with the USMCA and take advantage of new opportunities.

Businesses: Get Ready for the New Form 1099-NEC

After You File Your Tax Return: 3 Issues To Consider

Assessing Productivity as you Cope With the Pandemic